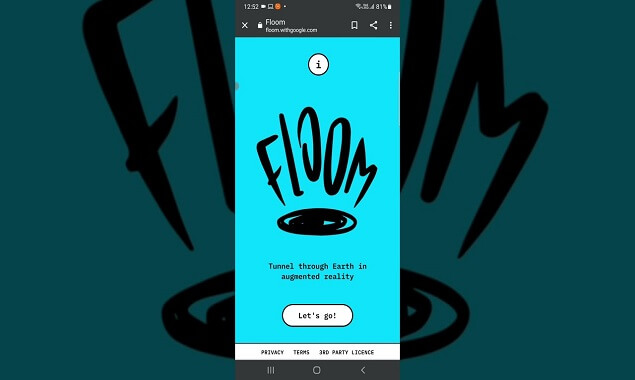 If you’ve ever wondered where you’d end up if you were to transport directly to the other side of the Earth, Google now has a browser-based AR toy that lets you find out. It calls the site Floom, and the experience is pretty simple: you point your phone’s camera at the ground, tap the little tornado object, and it will show you a hole to the other side of the Earth. Then you can open that location in Google Earth to take a look around.

Floom is just one of the experiments that Google announced yesterday that rely on WebXR, which can create AR or VR experiences that work in webpages. Google also has an upcoming app that will let you turn your photos library into an AR gallery. At the moment, Floom can only be used with Chrome on Android devices.

These WebXR experiments are the first experience I’ve had with the tech, and it’s reasonably impressive for something that’s running in a phone’s web browser. Google’s experiments have always been interesting, but this is the first one that lets me fulfill a childhood dream: digging a tunnel to the other side of the globe. Now all Google needs to add is a visualization that makes it seem like you’re flying through the Earth’s core.