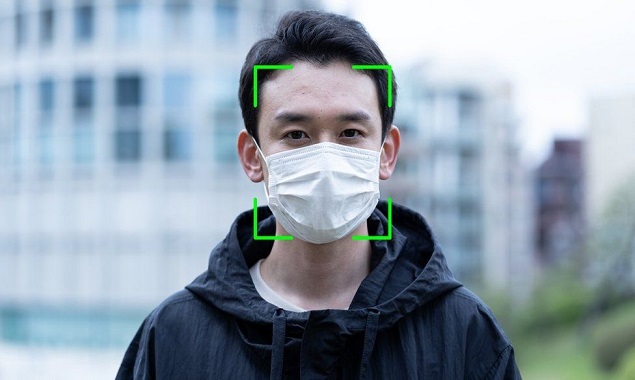 Japanese company NEC, which develops facial-recognition systems, has launched one that it claims can identify people wearing masks.

It hones in on parts of the face that are not covered up, such as the eyes, to verify their identity.

Verification takes less than one second, with an accuracy rate of more than 99.9%, NEC says.

The Met Police uses NEC’s NeoFace Live Facial Recognition to compare faces in a crowd with those on a watchlist. Other clients include Lufthansa and Swiss International Airlines. And NEC is trialling the system for automated payments at a shop in its Tokyo headquarters.

It had been introduced as “needs grew even more due to the coronavirus situation”, he added.

Before the coronavirus pandemic, facial-recognition algorithms failed to identify 20-50% of images of people wearing face masks, according to a report from the National Institute of Standards and Technology.

But by the end of 2020, it reported a vast improvement in accuracy.

There have been questions over how well systems recognise darker shades of skin, alongside ethical concerns about invasion of privacy.

In August, the use of such systems by Welsh police forces was ruled unlawful in a case brought by a civil-rights campaigner.

And in the US big technology companies, including Amazon and IBM, have suspended the use of facial-recognition software by police officers, to allow lawmakers time to consider legislation on how it should be deployed.