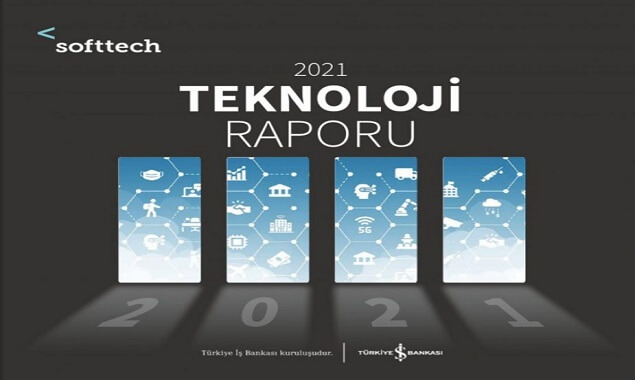 In order to evaluate the technology trends that are expected to rise in the coming years, the “2021 Technology Report” prepared by Softtech under four main headings: “Future of Technologies”, “Financial Technologies”, “Sectors, Digitalization and Human”, “Entrepreneurship and Ecosystem” was published.

Years of predictions in technology

An article written by GPT-3 is also included in the report.
The most innovative content of the 2021 Technology Report is GPT-3, the current endpoint of artificial intelligence that has entered our lives with its advanced language processing capability. The Augmented Reality article, written by the GPT-3 technology, which can produce text with artificial intelligence, introduced by the San Francisco-based OpenAl company in May 2020, gives readers an idea of ​​where artificial intelligence can go. GPT-3 enables many scenarios that were not possible before, both with the conversations it creates and with successful articles. By introducing this technology and initiating an initiative to find a usage area, Softtech realized a successful GPT-3 Hackathon in February in cooperation with OPEN AI. SoftTech scenario will produce the software developers still aims to be a pioneer of innovative technologies in Turkey.

In 2025, the number of people and robots working in the business world is expected to equalize. With the increasing use of robots in the business world, it is predicted that a total of 85 million jobs will disappear in 26 major economies and 97 million new jobs will be created by 2025, while 50 percent of the total employment will become working from home.

Entrepreneurship will also be the main approach for institutions

It is pointed out that the efforts and ambitions of institutions to cooperate with initiatives, support them with incubation and acceleration programs, invest, purchase and create internal initiatives are inevitably increasing. One of the most important reasons for this is the growth achieved by the enterprises and the resulting financial valuation reaching levels that will affect the country’s economies.