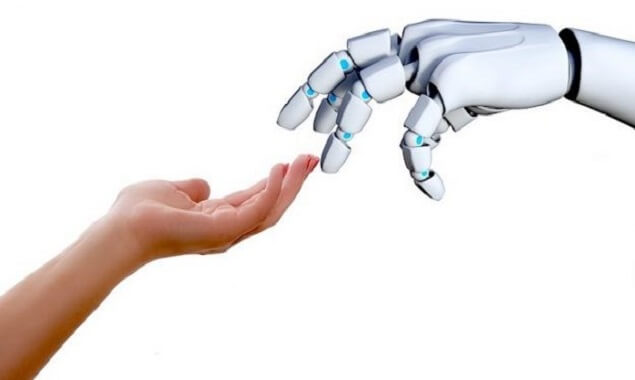 For humans, it’s easy to predict how an object will feel by looking at it or tell what an object looks like by touching it. However, is this that easy for the robots as well?

A new robot developed by MIT’s Computer Science and Artificial Intelligence Laboratory (CSAIL) is attempting to do just that. The team took a KUKA robot arm and added a tactile sensor called GelSight. The information collected by GelSight was then fed to an AI so it could learn the relationship between visual and tactile information. To teach the AI how to identify objects by touch, the team recorded 12,000 videos of 200 objects like fabrics, tools and household objects being touched.

For now, the robot can only identify objects in a controlled environment. The next step is to build a larger data set so the robot can work in more diverse settings.