New A.I. Tool That Will Give Coding Suggestions

/ Technology  / New A.I. Tool That Will Give Coding Suggestions 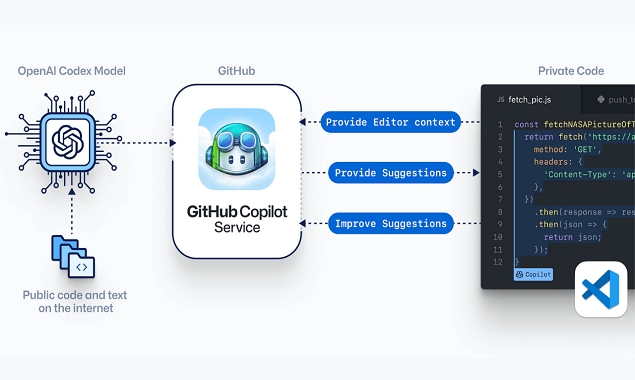 New A.I. Tool That Will Give Coding Suggestions

Microsoft announced an artificial intelligence system that can recommend code for software developers to use as they write code.

The system, called GitHub Copilot, draws on source code uploaded to code-sharing service GitHub, which Microsoft acquired in 2018, as well as other websites. Microsoft and GitHub developed it with help from OpenAI, an AI research start-up that Microsoft backed in 2019.

The GitHub Copilot effort is a notable attempt in the field, relying as it does on a large volume of code in many programming languages and vast Azure cloud computing power.

It supports almost every programming language, but it’s been designed to work best with JavaScript, Python and TypeScript.

GitHub Copilot will first appear in Microsoft’s Visual Studio Code, a free open-source product, and Microsoft plans to incorporate it into the commercial Visual Studio product in the future.