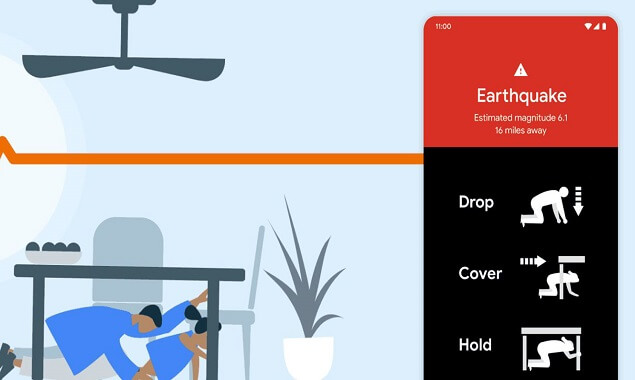 Google is launching a handful of new Android features that don’t really have a lot in common but that are all interesting in their own right.

But the highlight of today’s release is surely Google’s new worldwide earthquake detection system and the new earthquake alerting feature it is launching for California. With this, Google is essentially turning your Android phone into a seismometer to create what the company says is “the world’s largest earthquake detection network.”

The company argues that smartphone accelerometers are sensitive enough to measure the P-waves that are the first waves to arrive after an earthquake. Whenever the phone thinks it has detected an earthquake, it will send that info to a central server, which then determines whether this was really an earthquake. For now, Google will only use this data to show information when somebody then searches for “earthquake” or a similar keyword. Over time, though, it expects to be able to send out alerts based on these phone-based systems.