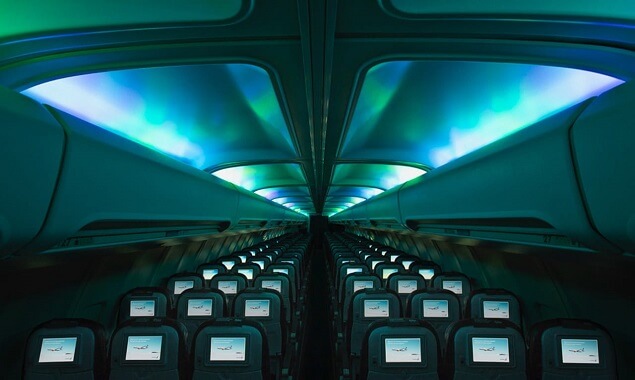 This week, during the Aircraft Interiors Exposition in Hamburg, Germany, Collins Aerospace unveiled an intelligent adaptive lighting system for the flight cabin, a first of its kind.

Called Hypergamut Lighting System, it comes as an innovation designed to adapt its functionality to human biology and in-flight data. That makes the classic white lighting system a thing of the past.

The system developed by Collins incorporates multiple LED colors, designed to adapt to the circadian rhythm of the passenger, helping them enter a state of relaxation and finally be able to sleep, by choosing a suitable color of light. When it comes to waking up, the system makes a natural transition from the darker area to the point where the light helps the passenger return to a waking state in a slow manner.

With a number of colors virtually unlimited, Hypergamut goes beyond the classic system RGB/RGBW, with a Color Rendering Index performance of >98 out of 100, where for most indoor lighting applications, lights with a CRI measured greater than 80, are considered to be more than acceptable.

Hypergamut is also connected to real-time information provided by the aircraft, such as flight path, timing, weather conditions and global positioning information, thus being able to adapt its functions in an independent manner. This comes in support of flight attendants, so that they intervene as rarely as possible, maintaining harmony and tranquility in the cabin, so that the passengers can rest. And, why not, take their mind off the fear of flying.

Hypergamut Lightning System was one of the finalists in the Crystal Cabin Award 2022 competition and is scheduled for entry into service in early 2024.