The Future of the Digital World: Metaverse

/ Technology  / The Future of the Digital World: Metaverse 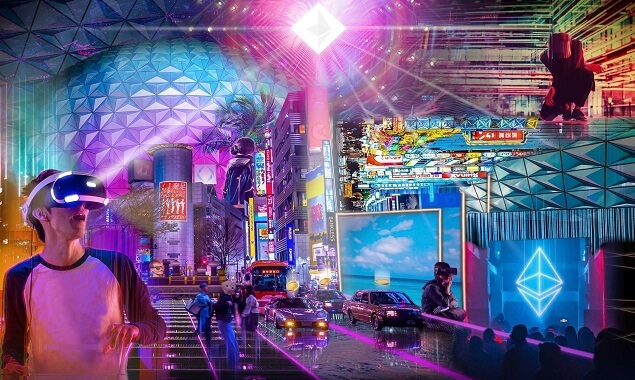 The Future of the Digital World: Metaverse

This new concept “metaverse”, which is being talked up by some as the future of the internet, has recently become very popular. Many technology giants including Facebook have started to invest in the new concept.

To understand the concept of the metaverse, we must first look at the word itself. “Meta” is a Greek word meaning “after, beyond”. Metaverse, which is derived from the combination of the word meta and the words “universe” in English, means “beyond the universe”.

The concept of metaverse was first mentioned in the novel Snow Crash by Neal Stephenson. In the novel, a three-dimensional virtual world with avatars of real people was called Metaverse. Apart from that, metaverse-like virtual worlds have been mentioned many times in the world of science fiction, some before Snow Crash.

In “Ready Player One” novel, people were able to spend time and interact in a digital world through virtual reality as they would in the real world.

In “Second Life” game, which takes place in an internet-based virtual world, you can create your own avatar, interact with people and do things you do in real life virtually. Here, Metaverse is planned to be a similar digital universe.

With WEB 3.0, people are already able to communicate with each other online via digital platforms. But the idea of Metaverse plans to take the dimension of human interactions to a very different place than that. Thanks to Metaverse, people will be able to find themselves in a digital universe through virtual reality or augmented reality and get lost in this universe.

Virtual reality technology is currently mostly used in games. However, Metaverse will significantly expand the use of virtual reality and augmented reality. So in this digital universe, probably by creating a three-dimensional avatar; It is expected that it will be possible to perform many daily activities such as working, traveling, playing games, going to concerts, shopping. However, it should be noted that these are just dreams for now.

It should not go without saying that cryptocurrencies also have an important place in the metaverse. If you are already aware of the increasing NFT sales in recent months, you can guess the connection of the metaverse with them. Many works sold as NFTs are protected in digital worlds. These works are also planned to be exhibited and sold in the metaverse. Metaverse will be able to provide the opportunity to use any virtual asset owned in the digital universe thanks to blockchain technology. To summarize briefly, cryptocurrencies can enable a virtual economy to form and operate successfully.

Why has the metaverse become so popular?

One of the main reasons is the investment, tech giant companies do not want to be left behind and are making new investments. People start to spend their time in this ‘alternative universe’. Facebook is one of the leading companies investing in it and says of Metaverse: “Metaverse is a series of sandboxes where you can create, interact, explore with people who are not in the same physical space as you.”

The company started its investments in this field by purchasing virtual reality technology manufacturer Oculus for $2 billion in 2014. In the past months, it introduced its virtual offices called “Horizontal Workrooms” and took an important step in moving the business world to Metaverse. In addition, Facebook recently announced that it will hire 10,000 European employees to build Metaverse and that the company will change its name to Metaverse: “Metaverse has the potential to open up new social, economic and creative opportunities. Europeans will be the people who started it.”

The founder of the giant company, Mark Zuckerberg, also stated last July that he wanted Facebook to become a Metaverse company. “The Metaverse is a virtual environment where you can interact with people. We think this will be the future of mobile internet.” added to his words.

Apart from Facebook, other companies are also very interested in Metaverse. Tim Sweeney, CEO of Epic Games, the developer of Fortnite, has been expressing his enthusiasm on this issue for a long time: “People will be able to play games together through Metaverse, watch movies and series on Netflix. It will be very similar to the real world.”

Although games such as Fortnite and Roblox are not exactly Metaverse, they contain elements suitable for this concept. Fortnite has expanded its product range in recent years and started to include brand events in the game. In fact, a virtual concert of the famous rapper Travis Scott was held on Fortnite. Roblox is also a platform where thousands of games are connected to a wide ecosystem. Here, games can be created or games created by different users can be played. This has qualities similar to the purpose of the metaverse.

There is another reason why Metaverse has become so popular lately: the COVID-19 pandemic. Due to the pandemic that has affected our lives for the last year and a half, we all had to stay at home and started to handle everything digitally. Due to the increase in digital interaction, there has been a great increase in the interest in the concept of metaverse.

The Future of the Internet

In short, the metaverse will be able to make most anything you can imagine take place in a virtual universe. People like Tim Sweeney and Mark Zuckerberg also state that they are building only a part of this huge database. You can think of it like the internet today. To experts, the metaverse is what smartphones are to mobile phones in the 1980s, but for current virtual reality technology. So the metaverse is a much broader concept than one might think.

As a result, the metaverse is defined as the future of the internet, even though it sounds like science fiction for now. Although many people are skeptical of this issue, it would not be wrong to say that it is exciting to have a virtual universe where anything can be done in the future. Maybe we will spend all our time here in the future, or who knows, maybe this technology will develop so much that there will be situations such as consciousness transfer to the metaverse. We’ll see over time whether that will happen.