The Heartland of Technology

/ Ecosystem  / The Heartland of Technology 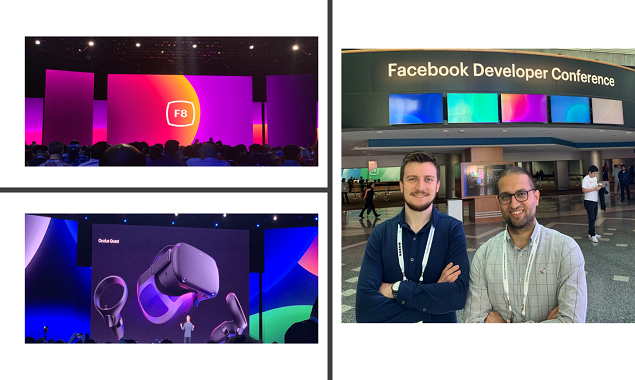 The Heartland of Technology

F8 Developer Conference is an event organized by Facebook every year since 2014, hosting app developers and administrators from all over the world developing Facebook products. As a team trying to solve the problems of our users with chatbots that will work on messaging platforms, we did not want to miss the opportunity to see firsthand what innovations this huge company with two big messaging platforms have brought in these areas and to interact with the developers of the Facebook products we work with.

The event had two main aspects: First, Facebook announced its new products and innovations related to existing products, and the other was giving special conferences to developers developing with Facebook products around the world. But this year’s F8 was far more remarkable in one way: Facebook was doing its second biggest event after its CEO Mark Zuckerberg’s testimony at the Congress after the Cambridge Analytica scandal last year and this was the first major event where last year’s promises on data privacy could be tested. Being aware of this, Facebook has determined the slogan of the event accordingly: “The future is private.’
Apart from the emphasis on the privacy of personal data, one of the most remarkable news of the event was the official announcement of the merger of Facebook’s messaging apps WhatsApp and Messenger (including Instagram Direct). In this way, the user of one of these platforms will be able to see a message received from WhatsApp and reply from Messenger.

Oculus Quest — F8 Developer Conference
Facebook, which entered the Virtual Reality (VR) market with a record purchase of Oculus, increased the expectation in this year’s event after the Oculus Go announcement in F8 last year. The hopes of Oculus enthusiasts who were ready to enter the pre-sales queue months ago did not go to waste, and Facebook, as expected, exceeded the expectations of the VR world with the Oculus Quest that released for the first time and new version of the Oculus Rift model- the Oculus Rift S. Oculus Quest, which attracted much more attention than the Oculus Rift S, caused great repercussions because it did not need another computer such as the Rift series to run VR applications, and could run all applications with its operating system.

On the last day of the event, Facebook officials, who planned a special meet-up for the representatives of the airlines participating in the event, emphasized the importance of using efficient chatbots in the aviation vertical Messenger and WhatsApp platforms. This event, where chatbots of many airlines such as Turkish Airlines, Air France / KLM, Lufthansa, Qantas, Singapore Airlines, Swiss, Volaris were discussed and information was exchanged, was very valuable in terms of learning best practices in this area and sharing success stories with many industry leaders from around the world.

To evaluate the F8 2019 in general, Facebook has deepened its emphasis on privacy in order to distribute the scandalous clouds on it, while maintaining the image of the company leading the new technologies.