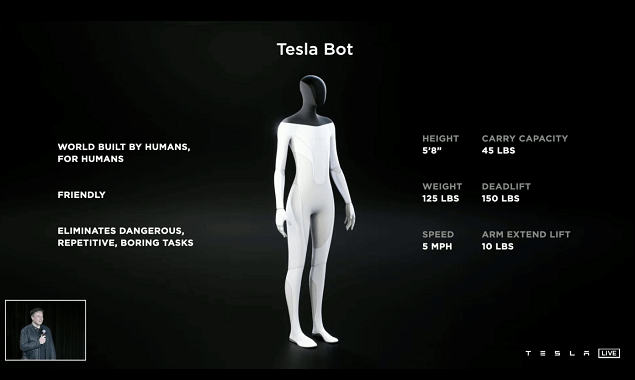 The unexpected reveal came at the end of Tesla’s AI Day presentation, with Musk providing few details about the slightly creepy, Slenderman-like robot beyond a few PowerPoint slides. The 5-foot-8-inch robot is expected to weigh in at 125 pounds and be built from “lightweight materials,” he said.

Its head will be kitted out with the autopilot cameras used by Tesla’s vehicles to sense the environment and will contain a screen to display information. Internally, it will be operating via Tesla’s Full Self-Driving computer.